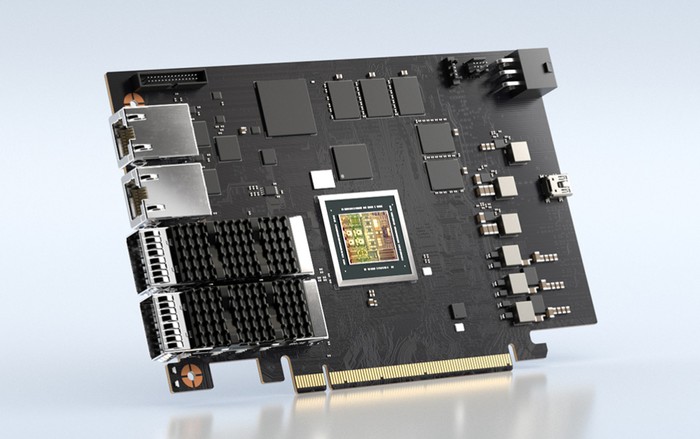 NVIDIA has this week set a new world record for DPU Performance using its NVIDIA BlueField technology, which has more than quadrupled the previous record by exceeding 41 million IOPS between server and storage. The BlueField-2 DPU delivered record-breaking performance using standard networking protocols and open-source software.

During the record attempt the setup reached more than 5 million 4KB IOPS and from 7 million to over 20 million 512B IOPS for NVMe over Fabrics (NVMe-oF), a common method of accessing storage media, with TCP networking, one of the primary internet protocols.

“The 41.5 million IOPS reached by BlueField is more than 4x the previous world record of 10 million IOPS, set using proprietary storage offerings. This performance was achieved by connecting two fast Hewlett Packard Enterprise Proliant DL380 Gen 10 Plus servers, one as the application server (storage initiator) and one as the storage system (storage target).

For more information on the new record set by NVIDIA BlueField jump over to the official NVIDIA blog by following the link below.