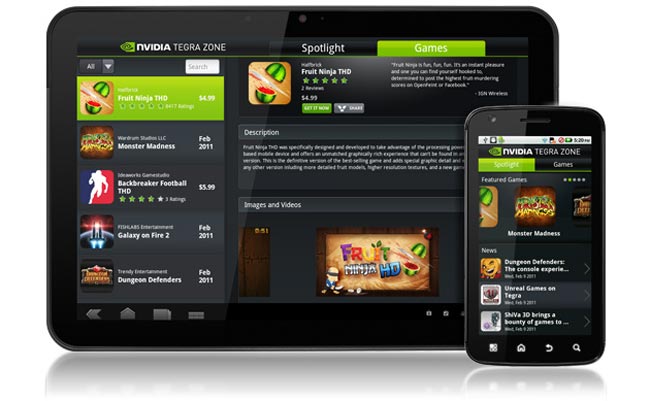 These games didn’t come to Tegra 3 by accident. We’ve been working with these leading mobile game developers for over six years to hone and refine their wares. Tegra 3, with four performance processing cores, in addition to its fifth battery saver core, and a 12-core GeForce GPU, is putting console games on notice…

You can see one of the games, Golden Arrow THD in action in the video below, and head on over to the NVIDIA blog for videos of the other four games.