If you find yourself more interested in the tablet running Windows RT on an ARM processor rather than a normal Windows 8 tablet this might interest you. Nvidia has announced that it and Epic Games have worked together to port Unreal Engine 3 to Windows 8 and Windows RT. Certainly most interesting is the thought of running high-quality video games using this game engine on a Windows RT tablet. 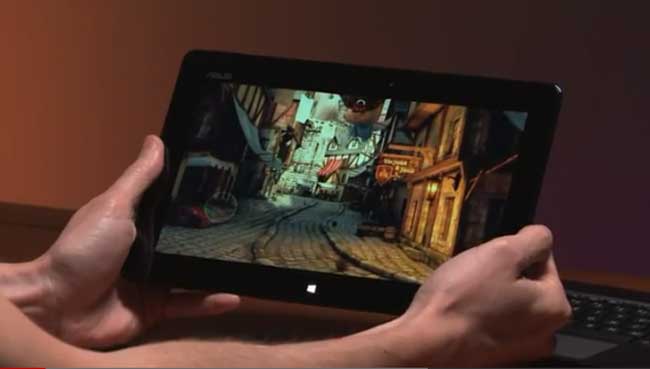 The two companies were able to port the Unreal Engine 3 flagship demonstration program called Epic Citadel to a Tegra powered Windows RT tablet. The specific tablet was the Asus Vivo Tab RT. demonstration of the portal shown at IFA 2012 in Berlin this week.

“The Unreal Engine 3-powered ‘Epic Citadel’ demonstration for Windows RT tablets implements the full DirectX 9 pipeline, with shaders and materials, all running beautifully on Tegra 3,” said Mark Rein, vice president of Epic Games. “By porting the full engine as opposed to a modified mobile version, NVIDIA and Epic have made it easy for UE3 developers around the world to bring their best content to Windows RT, Windows 8 and NVIDIA’s Tegra 3 processor. Windows RT code is available to licensees from Epic now and we’re excited to see the great games they develop with it.”