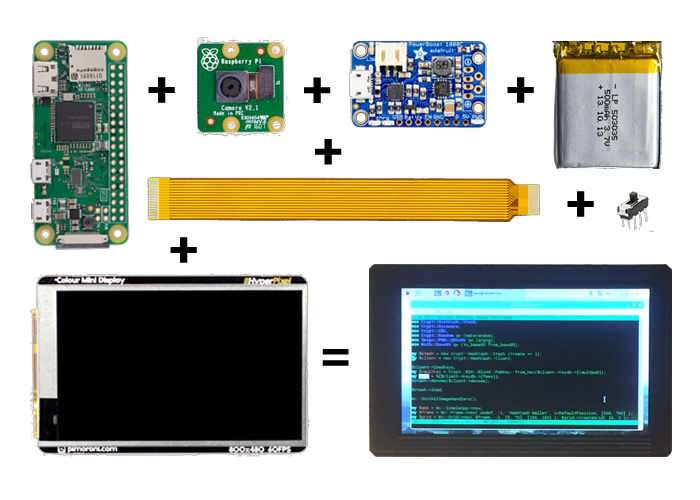 Ashish Gulhati has taken to Kickstarter this week to launch his new Raspberry Pi pocket computer aptly named the Noodle Pi. The pocket PC combines a number of Raspberry Pi components such as the official camera module and a Raspberry Pi Zero.

Together with a 500mA battery and Pimoroni HyperPixel 3.5″ display all enclosed in a small form factor casing which can be either 3D printed or purchased as part of the Kickstarter campaign kits if you don’t have access to a 3D printer.

Ashish explains more about the inspiration and functionality of the Noodle Pi mini PC:

Noodle Pi’s unibody shell is strong and light, with an innovative design that leverages the unique capabilities of 3D printing. This enables Noodle Pi to pack six separate components, plus connecting wires, into a tiny 93mm x 60mm x 10mm/19mm package. Yes, part of it is only 10mm thick! (The iPhone SE, in comparison, is 7.6mm; the official Pi Zero case is 13mm).

Noodle Pi also integrates the Raspberry Pi Camera Module v2, for up to 8MP still photos, and 1080p30 / 720p60 / VGA90 video. Noodle Pi is powered by an internal 500mA battery. It can be charged via a regular micro-USB charging socket, and a “battery low” signal is provided on a GPIO pin to enable warnings or orderly shutdown when running low on juice.

For more information on the new Noodle Pi jump over to the Kickstarter website for details by following the link below.  If you enjoy building Pi projects you might be interested in our comprehensive list of Raspberry Pi displays, HATS and small screens.