Earlier this week, it was reported that a Samsung Galaxy S4 caught fire while charging. The owner posted a video of the burnt device on YouTube and shared the incident on various social networks. Upon contacting Samsung, the Korean OEM did agree to replace the device, but in one condition: they asked the owner to remove the video of the burnt handset from YouTube. As always, Nokia jumps in the whole incident and offered the unfortunate Samsung owner with a free Lumia smartphone. 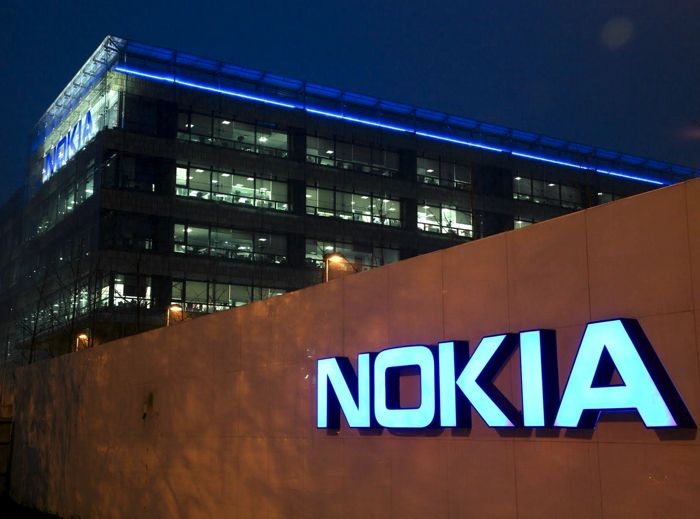 Nokia USA mentioned in a tweet that they will give the unfortunate owner a free Lumia device and show him “how customer care should really work. This sounds like a very bold statement from the Finnish maker. Recently, they sent a Lumia 1020 to Casey Neistat whose video was shown by Apple during the launch of the new iPhone.

@ghostlyrich we want to help you out. Let me send you a Nokia Lumia so you can experience how customer service should *really* work. -Jason 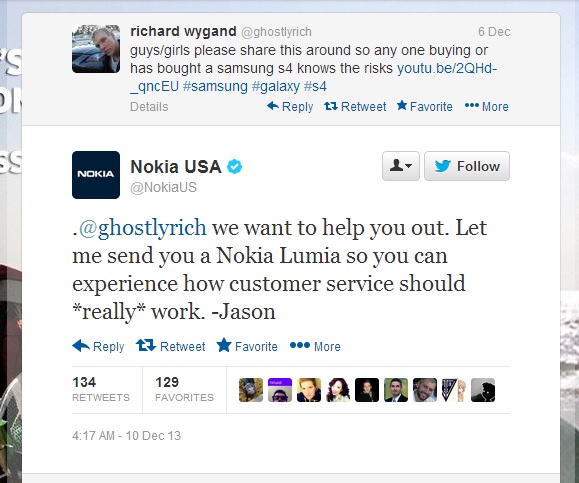 There’s no mention on which Lumia device Richard received, but it should definitely be one of the better Lumias, possibly Nokia Lumia 1020 or Lumia 1520. Richard tweeted that the is waiting for the confirmation from Nokia about the handset he’s going to receive and will update it on Twitter once they email him.