If you own a Nokia Lumia smartphone running Windows Phone 8 or Windows Phone 7.5, Nokia is offering a new video game download at no charge. Nokia has added the game Mirror’s Edge to the Nokia Collection. 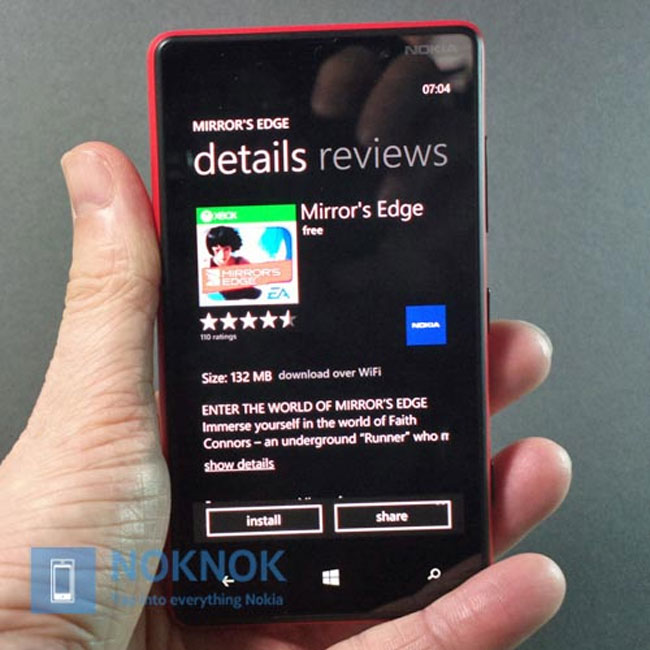 If you’re unfamiliar with this game, you will play as faith, who is a runner delivering messages in a dystopian future. Faith has to free run around the environment while dodging government surveillance and attempts on her life.