Last week we heard that the new Nokia Lumia 2520 tablet would be headed to AT&T and Verizon Wireless, and now we have a photo of the Verizon version of the tablet with Verizon branding.

The Nokia Lumia 2520 tablet will apparently be available in two colors on Verizon, red and black, which can be seen in the photo below, as yet we do not have a release date for the device. 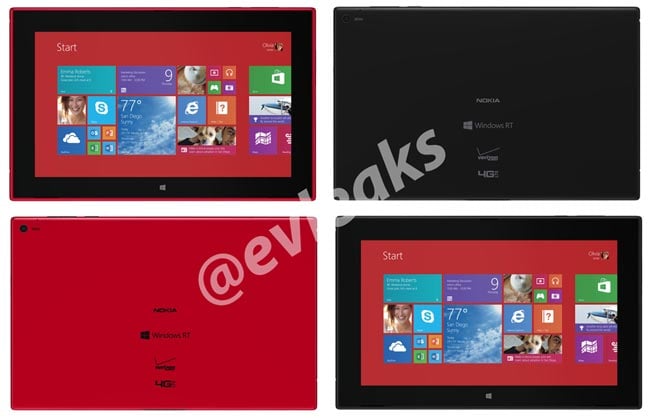 The Nokia Lumia 2520 tablet features a 10.1 inch full HD display that features a resolution of 1920 x 1080 pixels, the device is powered by a quad core 2.2Ghz Qualcomm Snapdragon 800 processor ad 2GB of RAM.

Other specifications on the Lumia 2520 include the latest version of Microsoft’s Windows OS, plus 32GB of built in storage, should you need extra storage the tablet comes with a microSD card slot that can take up to 32GB cards. 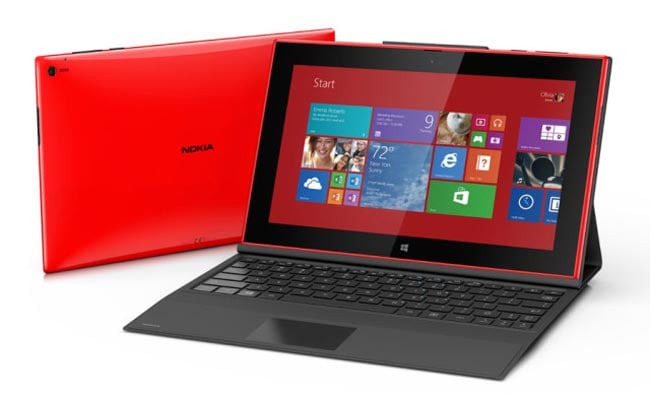 The Lumia 2520 is equipped with front and rear facing cameras, on the front of the device is a 2 megapixel camera for video chat, on the back there is a 6.7 megapixel camera.

The rear facing 6.7 megapixel camera on the Nokia Lumia 2520 comes with Carl Zeiss optics and a f1.9 aperture, it can record full HD video in 1080p.

The Nokia Lumia 2520 also features an 8,000 mAh battery, the device will retail for $499 before taxes, and it is expected to launch in the UK and US some time next month.