Build 2014 came with a lot of exciting news for Windows fans. First, Microsoft unveiled their latest and greatest Windows Phone 8.1 OS, followed by Windows 8.1 Update, and lastly, a bunch of new Lumia devices including the high-end Lumia 930 as well as the Lumia 630/635.

Well, there was another new, well not new, but an old handset in new colors, the Nokia Lumia 1520. The gigantic phablet will hit the shelves in two new colors: orange and green. 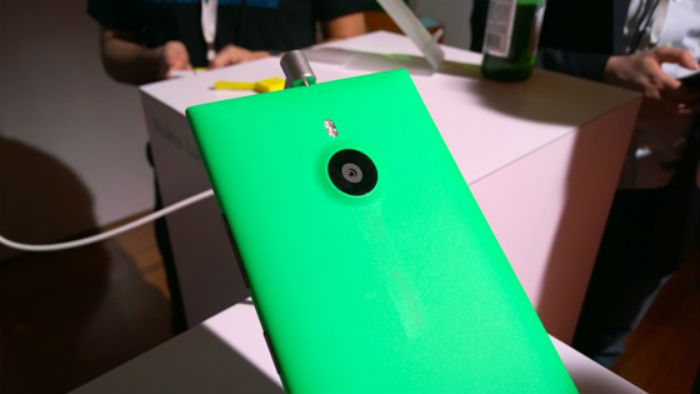 There’s hardly any change in the handset except its color, but here’s a quick recap of what this flagship Windows Phone phablet brings at the tablet.

It comes with a monstrous 6-inch display sporting a 1080p resolution, a quad-core Snapdragon 800 chipset with 2GB of RAM, 16GB storage with a microSD card slot, 20MP Pureview camera with Carl Zeiss optics, a massive 3,400 mAh battery and runs Windows Phone 8 as its operating system. The handset will receive the latest Windows Phone 8.1 update in the coming months, and could possibly be one of the first lumias to get the update.

What do you think about these new colors?