If you think Nokia Lumia 1520 is overpriced or out of your budget, don’t worry as Nokia unveiled Lumia 1320 alongside Nokia Lumia 1520 that comes with an affordable price tag and mid-range specifications with a massive 6-inch display.

Nokia Lumia 1320 comes with a gigantic 6-inch HD LCD IPS display boasting a 720p resolution and Gorilla Glass 3 protection. The phablet is powered by a dual-core Snapdragon 400 chipset with a clock speed of 1.7GHz and 1GB RAM. 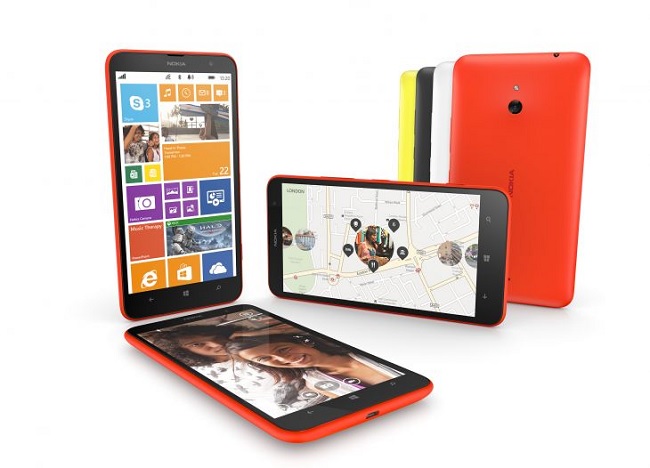 Nokia Lumia 1320 doesn’t bring a camera sensor as good as the Lumia 1520, but still features a decent 5MP camera with autofocus, flash and HD video recording capabilities at 30fps. On the connectivity side, it comes with 4G LTE, Bluetooth 4.0 LE, WiFi and HSPA+.

Most of the applications that come with the Nokia Lumia 1520 such as Nokia Camera and StoryTeller are also available on the mid-range Lumia 1320.

Many of the new features and imaging innovations found in the Nokia Lumia 1520 and Nokia Lumia 1320 will be coming to existing Nokia Lumia smartphones running on Windows Phone 8 aligned with the next software update called “Lumia Black”. The update, including the latest Windows Phone update from Microsoft, is expected to begin rolling out in early 2014.

Nokia Lumia 1320 will be available for $339 in China and Vietnam starting the first quarter of 2014 followed by Asian and European markets. The price is impressive as it would bring the power of a large 6-inch display at an affordable price for those who are on a tight budget. It will be available in an array of colors including yellow, black, white and orange.