The April fools day pranks continue, we have already heard that Apple has acquired iFixit, Samsung has launched a new smart glove, the Samsung Finger, and Nokia has now resurrected an old smartphone, the Nokia 3310.

The Nokia 3310 was a popular device for Nokia, the company sold over 126 million of the original handset, the photo below shows the new updated Nokia 3310, which now comes with Windows Phone and a Nokia PureView camera. 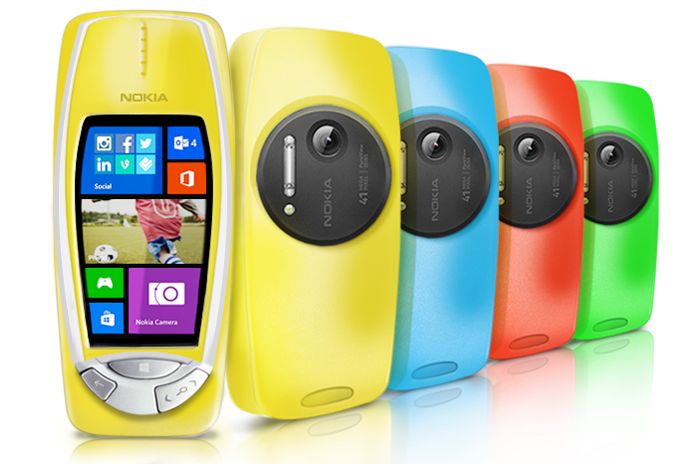 Initially released in the year 2000, the Nokia 3310 went on to be one of the most successful mobile phones ever. More than 125 million were sold and, thanks to a small group of Nokia fanatics, this cult handset is making a modern-day comeback.

Staying near-true to the original design, the Nokia 3310 with PureView will add a 41MP PureView camera with Zeiss optics and Xenon flash, and will run a modified version of Windows Phone 8 to fit the unique ‘ClearDiamond’ three-inch touch screen. 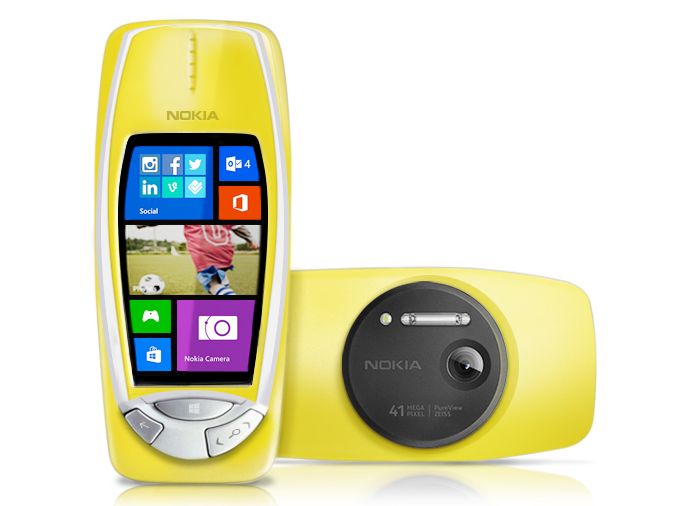 So what the specifications on this fictitious Windows Phone device, the updated Nokia 3310 will come with a 3 inch display with a resolution of 1280 x 768 pixels.

The handset will also feature 2GB of RAM and 32GB of built in storage, and it is powered by a dual core 1.5GHz processor, plus a 41 megapixel Nokia PureView camera.

Somehow I think this is one device that will not be showing up at Nokia’s press conference at Microsoft BUILD tomorrow.