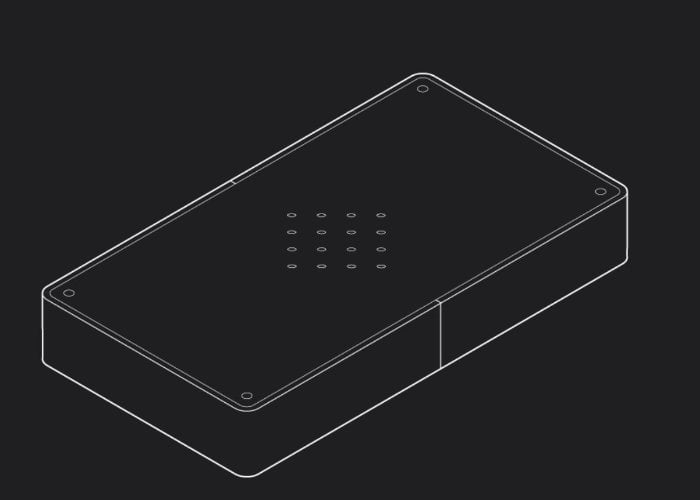 N-O-D-E has this month published a great tutorial providing full instructions on how to create your very own Raspberry Pi home server in the form of a NODE Mini Server V2. Check out the tutorial video below to learn more about the design, components and code you will need to build your very own Pi powered home server complete with an internal 2.5-inch harddrive or SSD. The pocket home server measures in at 152 x 88 x 25mm, and can basically be plug and play.

A couple of great modifications are also included in the home server including moving the microSD card off the board itself and away from heat, to mitigate any of the temperature-related problems the cards can sometimes suffer from. N-O-D-E explains more about the project and build.

“Today I have the long awaited update to the NODE Mini Server, with version number 2. In case you’ve never seen it before, the aim of the NODE Mini Server project is to create a cheap, easy to make hardware node which allows us to start building out the physical infrastructure for the decentralised web. Here, we begin to replace remote servers with nodes that the users themselves own and operate.”

“The design consists of two PCBs sandwiched between a 3D-printed frame. This makes for a surprisingly sturdy and easy to assemble device. Inside is a Raspberry Pi 3B+, with future options of upgrading to the more powerful Asus Tinker Board and other SBCs. This choice allows you to run various node applications at the same time, depending on your needs. Bitcoin, Lightning and Ethereum nodes, payment servers, IPFS and dat servers, VPNs, VPS’, and other self hosting servers are all ideal for this platform.”

For full instructions, files and code you need to create your very own Raspberry Pi home server jump over to the N-O-D-E website by following the link below.