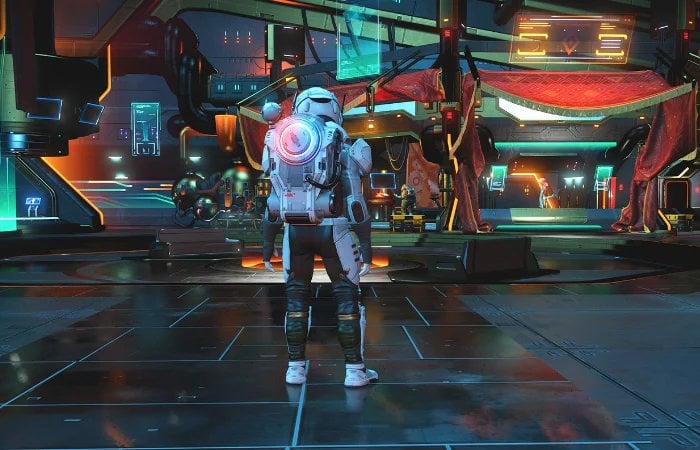 Major Nelson has released a new episode in the ongoing This Week On Xbox series this week providing more details about Necromunda: Hired Gun, celebrate Pride, and the new No Man’s Sky Prisms update brings with it plenty of enhancements and new features for players to enjoy.

“Whether in the depths of space, on synthetic structures or on organic planetary life, everywhere you look there are now stunning details like reflections on your spacecraft, more detailed caves, enhanced lighting in space stations, realistic water and weather effects, and even more variety with fur on creatures and pets!”

A few of the features and enhancements rolled out in the No Man’s Sky free Prisms update include:

– Volumetric Lighting – New styles of volumetric lights improve the lighting in a number of areas, including starship and vehicle lights as well as environmental effects.
– Warp Effects – The audio and visual warp effects have been completely reworked for a dramatic new interstellar experience.
– New Caves – Caves have been completely reworked, with new lighting effects, more detailed environments and greater variety of generation.
– Parallax Occlusion Mapping – New parallax occlusion mapping technology brings extra texture detail and depth to planetary structures and the Space Anomaly.
– Star Effects – The variety, quality and number of stars in the sky have been significantly improved.
– Improved Rain Effects – Rain effects have been significantly improved, bringing storms to life in a new way. As the rain continues to pour, the ground and other objects in the world become slick and coated with water.
– Improved Torch Visuals – The Exosuit torch now benefits from improvements to its visual effects as well dynamic brightness and positioning improvements.
– Refractions – New lighting technology brings refractions to No Man’s Sky. The new effects can be seen all over the universe, including on glass base parts; starship cockpits; forcefields and more!
– Space Station Core – The Space Station hangar has been dramatically overhauled for a brand new visual experience.
– Creature Fur – Fur has been added to a wide range of planetary creatures, bringing both extra variety and extra fuzziness to exploration and companion taming.
– Extra Planetary Details – Players on PlayStation 5 will see a dramatic increase in planetary detail across a whole range of environments.
– Screenspace Reflections – PlayStation 5 players will find reflections and improved lighting quality in the Space Anomaly, space stations, Atlas stations, freighter hangers, derelict freighters and more for PlayStation 5 players.