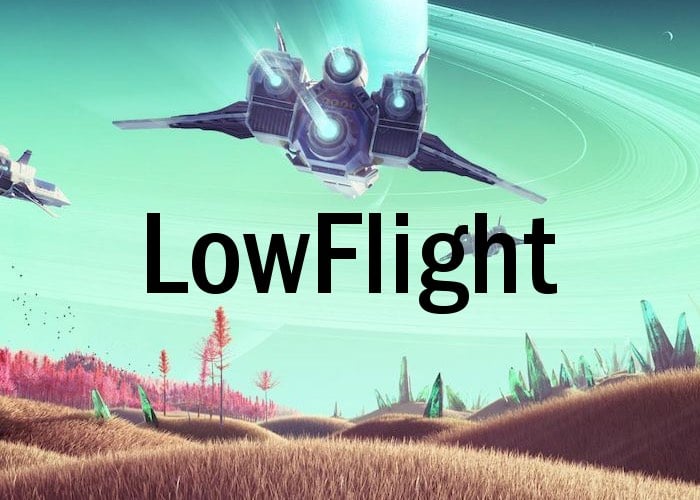 Watch the video below to learn more about the LowFlight PC modification which has been created for No Man’s Sky by Hytek and allows you to fly by hugging the contours of any planet you wish to explore.

The developers of No Man’s Sky currently rolling out a number of updates across all platforms to quash issues and enhance gameplay. For more details on other PC modifications which have been created for the No Man’s Sky jump over to the website mod site via the link below.

LowFlight lets you fly as low to the ground as you want and be able to look in any direction (normally, your ship cannot point downwards when near the ground). You can also fly underwater! This mod modifies GCSPACESHIPGLOBALS.GLOBAL.MBIN so it is incompatible with any mods that do so as well. Note: Your ship will take damage if you crash into terrain, so don’t get too crazy! 😉