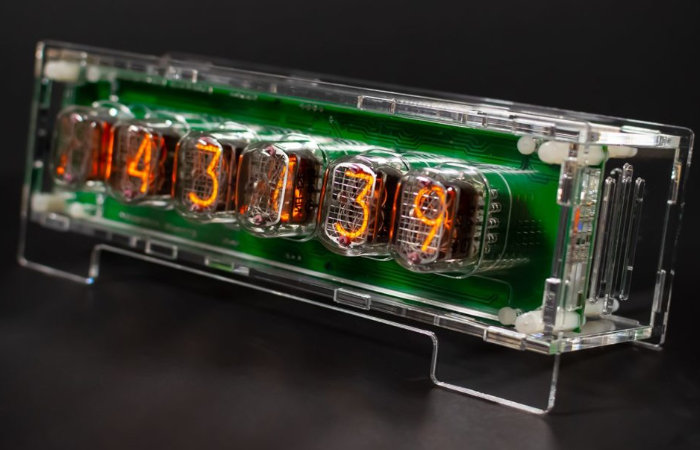 Building your very own Nixie tube clock is becoming easier and easier thanks to sites such as Nixie Tester and custom-made new boards. Such as the Arduino Nixie tube clock shield that is compatible with Arduino Uno, Micro, Nano microcontrollers but apparently works best with the new Arduino Nano 33 IoT development board. The Internet of Things Nixie tube clock shield for Arduino also supports Amazon Alexa and allows you to build a Nixie Clock, Thermometer and Hygrometer and is now available to purchase from €69.

“Nixie Tubes have survived despite the turbulent history and nowadays they reached a true renaissance. A new era of nixie began in 2012 when Dalibor Farny started the production of nixie tubes again. Today, nixie tubes are mainly used to build beautiful clocks. As I’m fascinated by nixies, I decided to add some ideas to what else you can do with nixie tubes.” 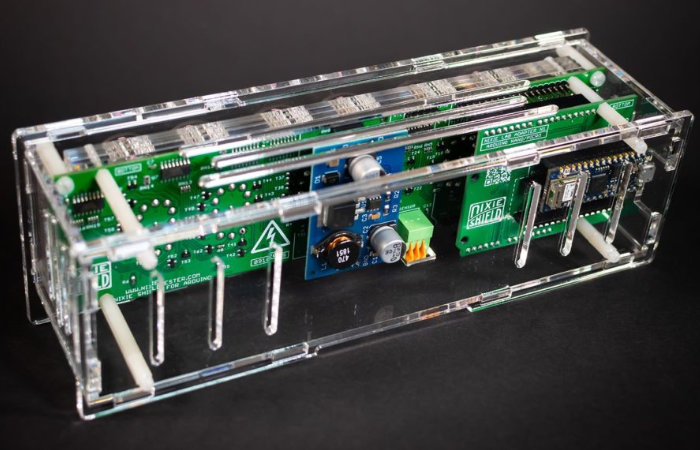 “Arduino Nano 33 IoT is fully compatible with the Arduino IoT Cloud. You can control the shield via the cloud, you can send data to the cloud then transfer it to e.g. Google sheets and visualize (e.g. temperature or humidity). You can also use the Alexa Amazon assistant without any problems thanks to the dedicated Arduino skill.”

For more details on the Arduino Nixie tube clock shield together with schematic’s, full specifications jump over to the Nixie Tester website by following the link below.