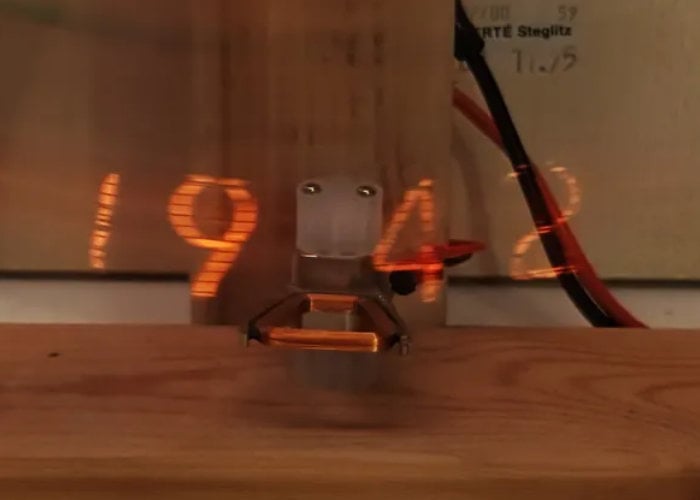 A new project has been published to the Hackster.io website this week from Jeremy Cook, who has created a unique single nixie pendulum POV clock powered by and Arduino Nano microcontroller together with a NixieTube (IN-12b). As you can see from the image above as the pending swings back-and-forth the time is written in air.

“It is a pendulum clock with a NixieTube (IN-12b) that plots the time in the air it passes. A magnet at the bottom of the pendulum gets pushed by an stationary air coil, as soon as it “looks” directly down. The positions of the plotted numbers are acquired by an accelerometer.”

“Control for the device is via an Arduino Nano, with accurate timing provided by an RTC. An accelerometer near the pendulum’s pivot tells the device when it’s straight up and down, at which point it’s given a “push” by an electromagnetic coil with the help of a MOSFET. Another component used here is a DC-to-DC converter, which boosts 5V up to the 170V needed to activate its single Nixie tube.”