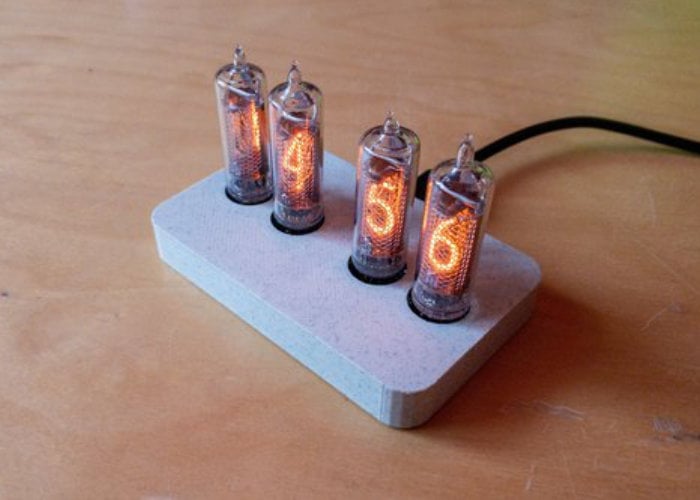 Nick is a small Nixie clock has been made available via Tindie priced at $129 and providing everything you need to build. The open source nixie clock based on ESP8266 designed to be as simple as possible and as compact as possible. There are three versions of Nick you can make, one is direct driven IN-12, second version is duplexed IN-12 and finally a tiny duplexed IN-16 version. The clock uses NTP to sync with internet time. 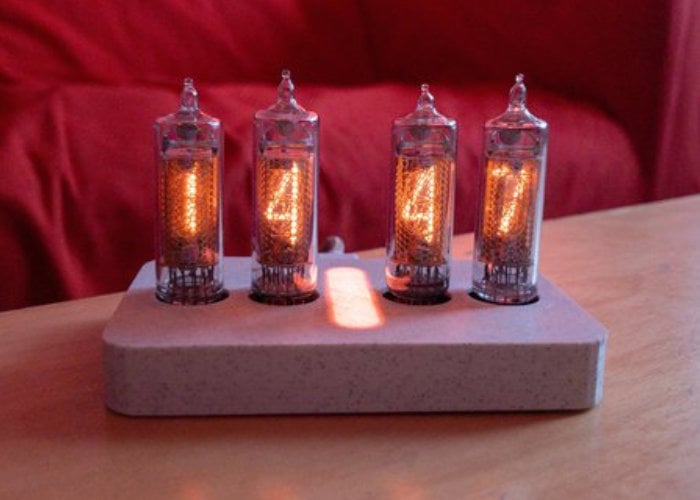 “This is a tiny ESP8266 Wifi Nixie clock that I designed and assembled. The clock was used very briefly by myself, so it is pretty much new. Number 8 in the first nixie doesn’t work because the nixie was missing one lead (I bought it like that)… but number 8 is not used anyway so it doesn’t really matter.

The enclosure is prited from stone white PLA but you can also easily disassemble it and make some wood/metal enclosure for it. Or print a different color cover, you will find the 3d models on project’s github page.”

– ESP8266 powered
– 4x IN-16 nixies are driven by 2x K155ID1 ICs (duplexed)
– The nixies are evenly lit with not visible cathode poisoning (the photos don’t do it very good justice)
– Nixies are soldered in a castellated holes
– No visible cathode poisoning
– 170V is supplied by NCH8200HV boost converter
– Power consumption is around 2 watts on high brightness
– 3d printed case (stone white but you can print your own, link to thingiverse on github)
– Middle colon is made of WS2812 addressable LEDs and the light is reflected on the surface. Much nicer than using ordinary leds / neon bulbs as a colon (arguably :P)
– It has a microUSB connector for power, can be powered directly from USB port or USB charger.
– Screwless, can be easily disassembled
– I’ve made only 3 of these in total so there is a sense of uniqueness 🙂