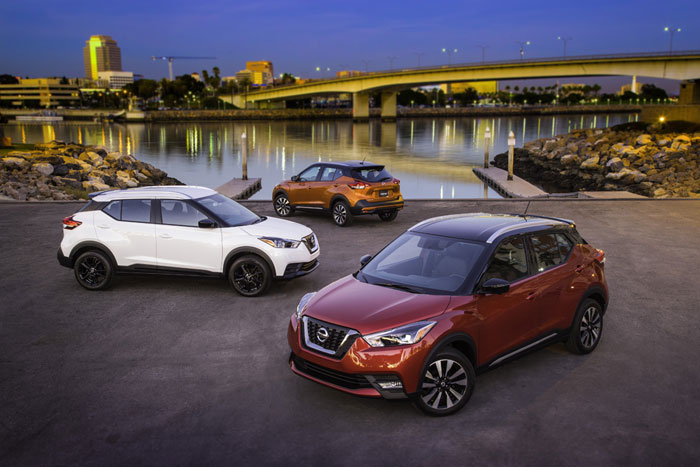 Nissan has unveiled a new crossover that is the first step into its SUV range called the Kicks. The vehicle will be offered in three different versions including Kicks S, Kicks SV, and Kicks SR. All three share the same design and the range starts at under $19,000.

Kicks will roll into Nissan dealerships in June of 2018. Seven exterior colors will be offered along with five two-tone combinations. The two-tone schemes include a black roof with white, orange, or red body. An orange roof with gray body and white roof with a blue body are available.

All models have the same 1.6L four making 125hp and 115 lb-ft of torque. Nissan says the fuel economy will be 33 mpg combined. Only front-wheel drive will be offered with the Kicks along with a Xtronic CVT transmission.