Nintendo has today announced that it is dropping the price of its Wii gaming console from $149.99 down to $129.99 and has bundled it with both Wii Sports Resort and Wii sports.

The new bundle is arriving in stores now and is expected to be available across the US by October 28th, and will come with a Black Wii gaming console. 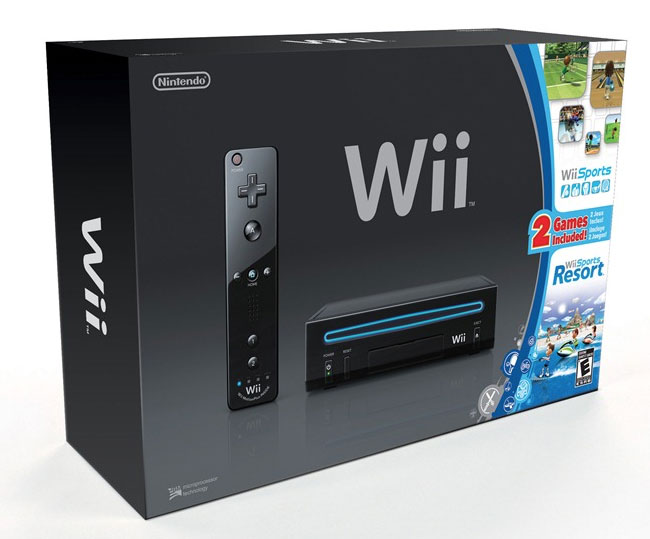 “This high-value configuration includes a black Wii console and both Wii Sports and Wii Sports Resort on a single game disc, as well as a Wii Remote Plus and a Nunchuk controller – both black to match the console. This configuration replaces the current black Wii that comes with New Super Mario Bros. Wii.”

The bundled games include a wide variety of sports that use the controllers in unique ways. Players can try their hand at sports like bowling, tennis, baseball, archery, table tennis and basketball, all while using the Wii Remote Plus controller.