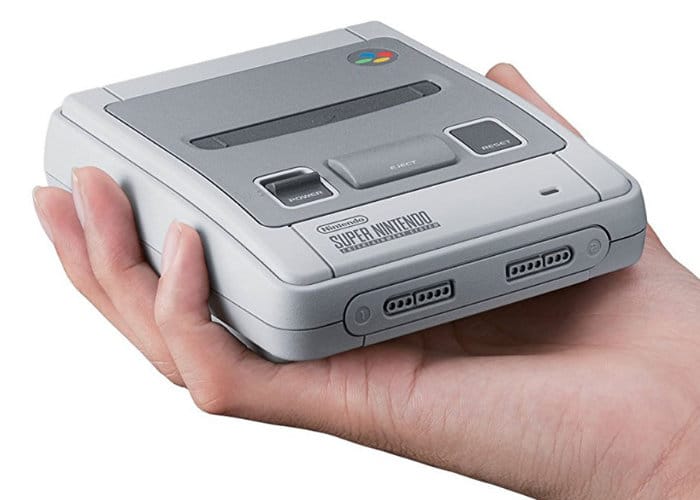 Nintendo has revealed this week that the awesome Nintendo Classic Mini SNES which launched both throughout America and Europe in September 2017 last year, as well as Japan a little later during October 2017. Has now sold a massive 4 million units worldwide. The mini SNES clocked up 2 million sales in just 30 days after launch, and Nintendo has had to ramp up production to meet demand.

Unlike the infamously hard to find NES mini, Nintendo has been providing plenty of units to meet the capacity of the mini SNES console worldwide. Making up for the criticism Nintendo received for the lack of availability of the previous launched NES Classic Edition, of which they have sold 2.3 million units during the timeframe between November 2016 and April 2017.

To recap the Nintendo Classic Mini: SNES games console come supplied with 21 games including the previously-unreleased Star Fox 2 for gamers to enjoy. Internally the mini games console is equipped with hardware similar to that of the NES Classic Edition offering an Allwinner R16 SoC with four ARM Cortex-A7 central processing units supported by ARM Mali 400 MP2 graphics and by 512 MB of flash storage with 256 MB of DDR3 memory. Other games included on the mini games console include Contra III: The Alien Wars, Donkey Kong Country Final Fantasy VI (Titled Final Fantasy III outside Japan), The Legend of Zelda: A Link to the Past, Mega Man X and more. For more details and a full list of all available games jump over to the official Nintendo website.