A sneaky peak at the new Nintendo 3DS Metal Gear Solid user interface has been revealed by Hideo Kojima who gave a glimpse of the playable ‘Metal Gear Solid: Snake Eater 3D’ demo for E3 via his Japanese Twitter account.

The image below reveals the layout for the user interface with gameplay in the top screen and weapon selection also accessible through the bottom screen. Also check out the quick preview captured at E3 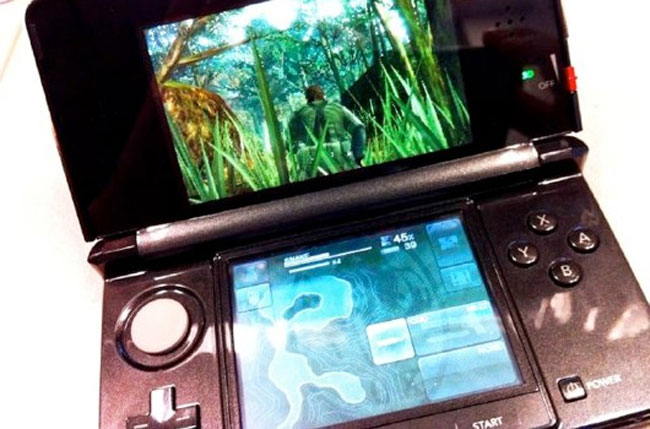 Hideo Kojima also explained that the new ‘Metal Gear Solid: Snake Eater 3D’ game would also use the gyro controls to enable players to cross suspension bridges and the like. As more information becomes available we will keep you update.