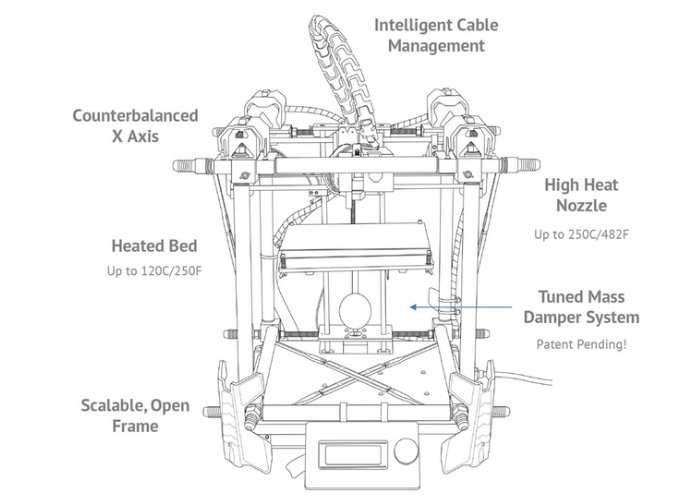 Anyone who has been searching for an affordable 3D printer that can easily be customised to print a wide variety of different size objects, may be interested in a new Kickstarter campaign for the Nine 3D Printer.

Watch the demonstration video below to learn more about this affordably priced 3D printer which is now available to back via Kickstarter with pledges starting from just $199 and shipping expected to take place during December 2017.

We’ve combined the best features of much more expensive printers, and engineered inexpensive design innovations to bring you the well priced, fast, scalable New Nine. That way, you get $1200 speed and quality for only $199. The New Nine is 3X faster than comparably priced printers, and yet can deliver quality printing every time.

Why? The Tuned Mass Damper changed everything! 105MM per second, and maintained amazing quality.  Our passion is 3D printing – and it shows! From a technical standpoint, we’ve used globally available quality parts, and engineered them to perform at a whole new level.

More information on full specifications jump over to the official Kickstarter campaign via the link below.