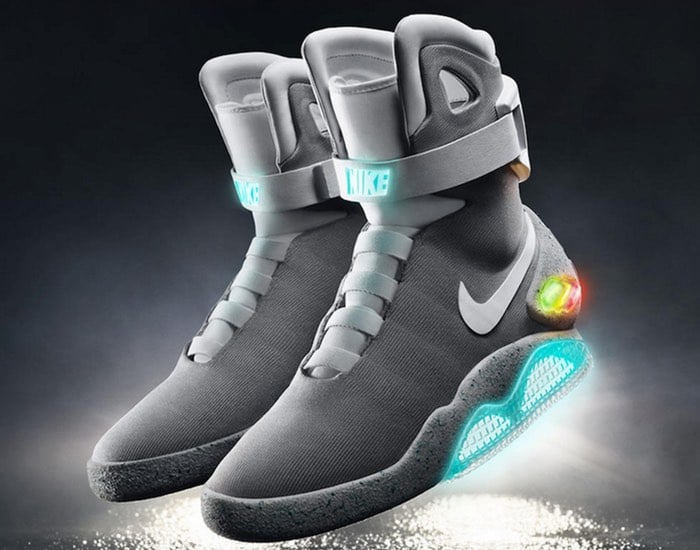 One of the first pairs of the Nike Mag boots has been sent as a gift to Michael J. Fox’s who’s character Marty McFly within the film got to wear the original, check out the video below to see his reaction.

The 2015 Nike Mag self lacing boot is a limited edition release ad will only be available via auction, with all proceeds going to the Michael J. Fox Foundation for Parkinson’s Research. The specific details on the auctions will be posted to Nike News and via Twitter @Nike in spring 2016. Nike explains more

Almost 30 years ago, Nike was asked to collaborate on a movie that would feature scenes set in the futuristic world of 2015. The brand was challenged to imagine sneakers that would suit the inhabitants of the advanced era. The innovation team, which regularly looks into a crystal ball of athlete insight and technology to project the future of sport, took that task further. 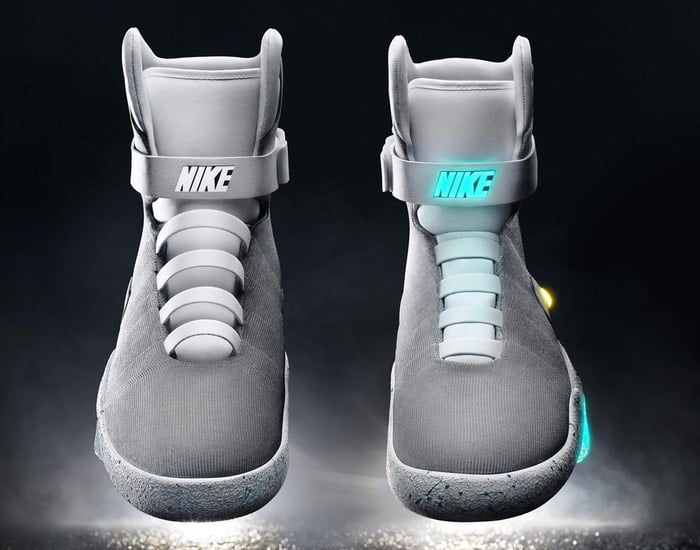 The resulting Nike Mag reinvented the conventional lacing system, integrating it into an inimitable design that became an enduring beacon of popular culture. As Nike, Inc. President and Chief Executive Officer Mark Parker put it, “We started creating something for fiction and we turned it into fact, inventing a new technology that will benefit all athletes.”