With Nike’s knowledge and imagination, amputees can now run freely without any hesitation. Össur’s Flex-Run carbon fiber running blades together with Nike’s newly-developed rubber sole made it possible for a single or double-amputee runner. 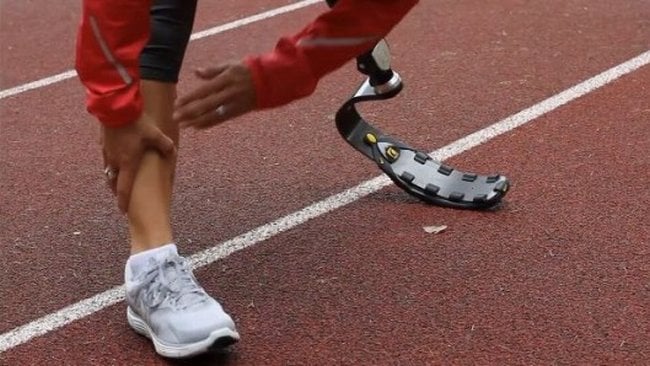 This is especially designed for those who are competitive amputee athletes. The rubber sole has a stacked design and uses a stretch rubber leash over a rubber waffle sole. It has outsole and midsole with layer of thermal plastic urethane called Aeroply. This layer is the interface between the sole and the blade. Nine nylon tabs are used and wrapped around the edges of the blade to ensure that the sole is locked in place.

Moreover, the medallion on the blade is pulled up by a stretchable rubber leash together with a tactile grip. This pulling action keeps the sole from sliding off. The Nike Sole-equipped Flex-Run can now be purchased on prosthetic’s offices globally. It doesn’t have any official price yet.