Android Community member Simms22 has overclocked a Nexus S to 1.544 Ghz and then with using a combination of rooting, adding CyanogenMod 7 and running the Trinity kernel together with a large amount of tweaking has been able to score and incredible 10,082 score in the benchmarking software Smartbench2011.

If you look at the screen grabs below you can see that when compared to other overclocked mobile devices the Nexus S is streets ahead. But Simms22 does admit the benchmarking systems used did have a few bugs and has approached the developers to get them fixed. 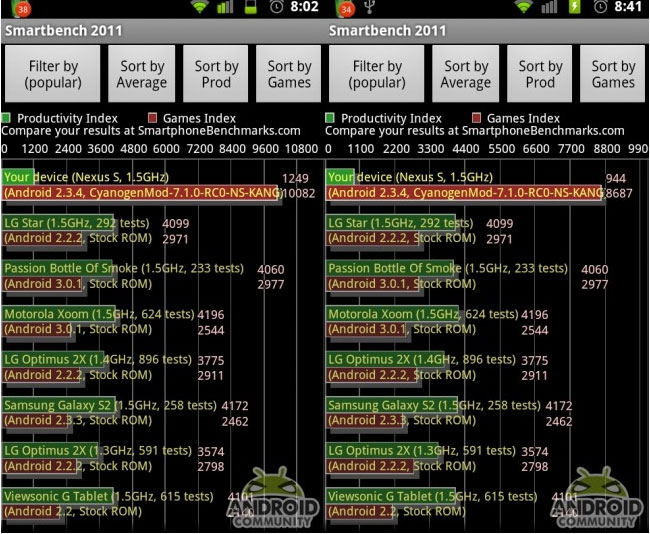 The creator of Smartbench2011 has acknowledged there are issues to be worked out within the software and is already working on a new version  1.2.1, which should fix the bugs.