The second generation Nexus 7 has had its fair share of attention in the past few weeks. As you all know, a number of retailers had the devices on their shelves before the official availability date of 30 July. Those people who were lucky enough to get the device are reporting that the slate received two updates after it was out of the box. 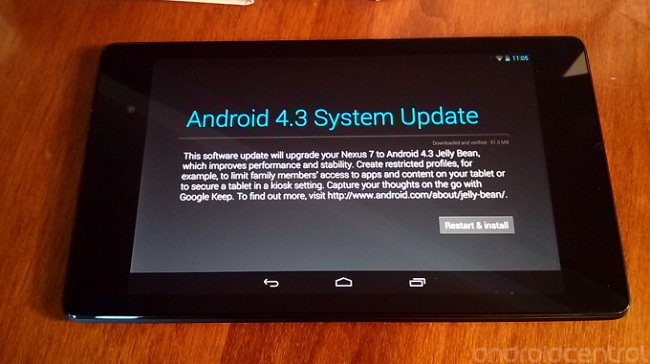 The first update will automatically begin when your tablet connects to WiFi for the first time, during the initial setup process. The device shuts down, reboots, applies the update that changes it to JWR66N build and brings the user back to the setup process where you are required to sign in with your Google account.

The second update comes as a notification, which is automatically downloaded in the background. After the user accepts the update and installs it, the build number becomes JSS15J. Both of these updates are minor and bring some improvements and bug fixes.

The device is sold out on major retailers across the country. However, the device can also be order via Google Play Store which will arrive starting July 30. If you want to get your hands before he official date, you can pay a visit to a few retailers and see if they have any piece in stock.