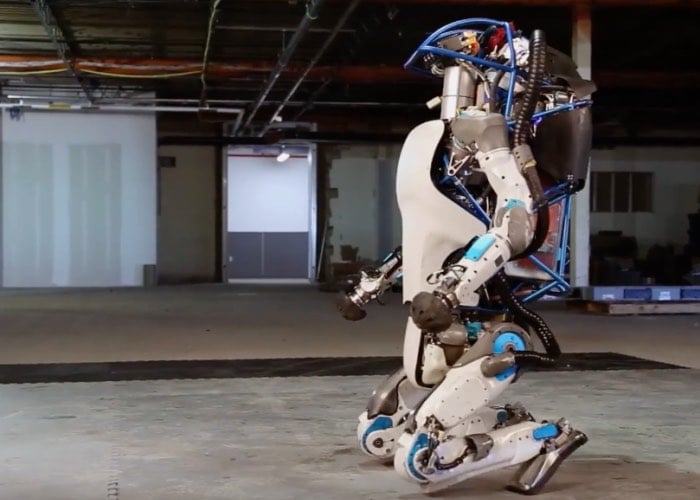 Boston Dynamics has this week unveiled its next-generation of Atlas robot releasing a video of the 5ft 9 inch and 180b robotic creation that builds on the technology used in his previous generation that weighed over 300lbs.

The new generation of Atlas robots are now lighter, smaller and more agile than previous generations which were unveiled a few years ago. The robot features sensors both in its body and legs which provide dat for the robot to balance and manoeuvre untethered.

Other technology included in the robot to help it move both indoors and outdoors as you will see in the video below include LIDAR and stereo sensors in its head for navigation and avoidance. Boston Dynamics explains :

A new version of Atlas, designed to operate outdoors and inside buildings. It is specialized for mobile manipulation. It is electrically powered and hydraulically actuated. It uses sensors in its body and legs to balance and LIDAR and stereo sensors in its head to avoid obstacles, assess the terrain, help with navigation and manipulate objects. This version of Atlas is about 5′ 9″ tall (about a head shorter than the DRC Atlas) and weighs 180 lbs.

For more information on the latest generation of Atlas robots created by Boston Dynamics engineering and robotics design company that is best known for the development of BigDog the quadruped robot created for the US military jump over to their official website.