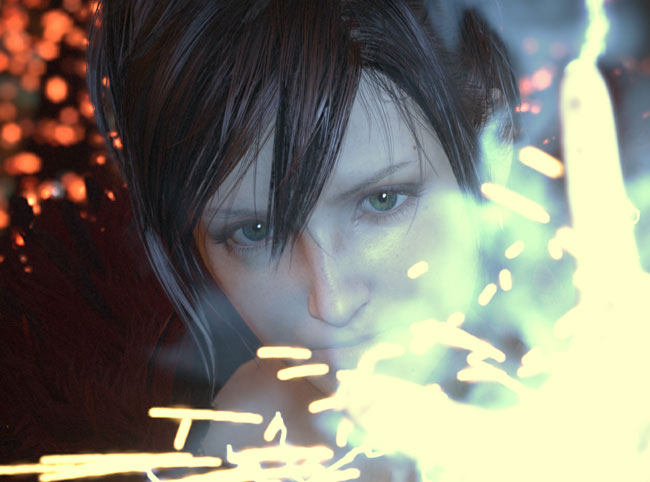 But remember this is an game engine demonstration not a relief game, but shows a glimpse of what might be available in next generation consoles. Square Enix explains:

Thanks to the LUMINOUS STUDIO engine, the demo video can depict high quality “real time computer graphics” (*1) at the same level as “pre-rendered computer graphics” (*2). The fine details of the characters, who express life-like humanity, are showcased through their rich facial expressions, subtleties of their pupils and hair, and their brilliantly flowing garments. The characters, along with the vibrant monsters, transport the viewer into the world created by the LUMINOUS STUDIO engine.

Furthermore, the demo video production was created through the lens of the FINAL FANTASY series, where ancient magic and advanced science coexist in a near-futuristic world. The video depicts a life-changing encounter for our heroine, the magic-wielding protagonist Agni.”