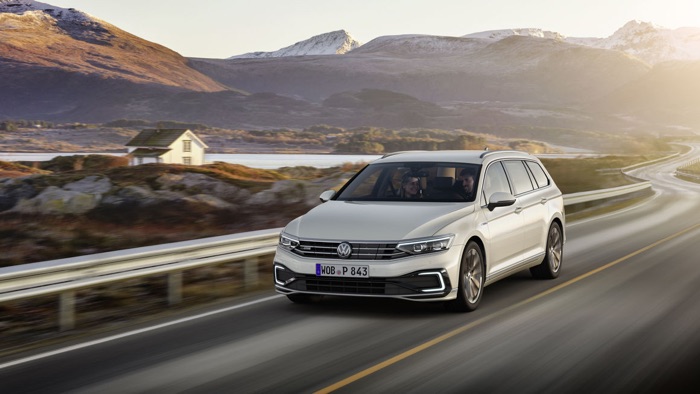 Volkswagen has revealed that they will be showing off their new VW Passat at the Geneva Motor Show next month.

The new VW Passat will come with a Travel Assist feature which is a new partially automated driving system. The cart will also come with an electric engine as well as a standard engine.

“Travel Assist” is celebrating its world premiere in the Passat. Making a parallel debut with saloon and estate versions, the Passat will be the first Volkswagen that is capable of partially automated driving at any speed (0 to 210 km/h) with this new IQ.DRIVE system. In addition, the new Passat will also be the first brand model worldwide with a capacitive steering wheel. This detects touch by the driver, providing an interactive interface to systems such as Travel Assist. Another new feature in the Passat is “Emergency Steering Assist”, which increases safety when performing evasive manoeuvres by means of braking interventions. The new, interactive “IQ.LIGHT – LED matrix headlights” turn night into day – this is an innovative light technology that has been exclusively available for the current Touareg so far.

The third generation of the Modular Infotainment Matrix (MIB3) also has its debut alongside the new Passat. App Connect – the interface for integrating smartphone apps – therefore offers wireless integration of iPhone apps via Apple CarPlay™ for the first time at Volkswagen. If desired, the Passat can from now on be permanently online via MIB3, because the new Infotainment systems come with an integrated SIM card as standard. As well as improved navigation-related services with real-time information, this encompasses new technologies and offers, music streaming services, Internet radio, natural (online-based) voice control, seamless use of “Volkswagen We” online services and future cloud-based portable vehicle settings. It will also be possible to use the first smartphones as a “mobile key” for opening and starting the Passat.

You can find out more information about the new 2019 VW Passat over at Volkswagen at the link below.