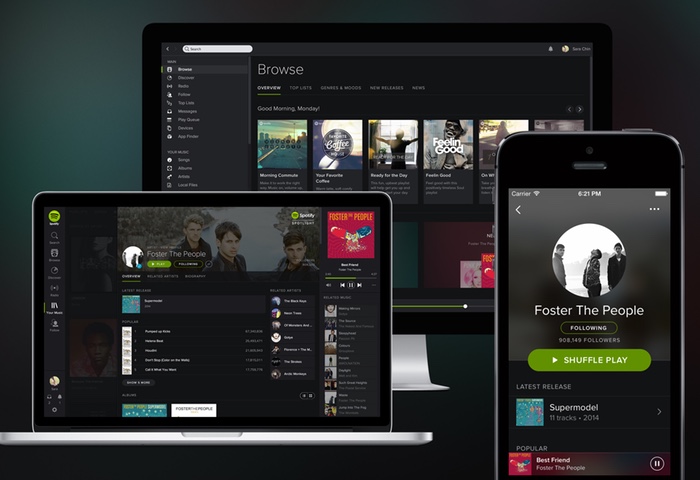 Spotify has this week rolled out a new update that has brought with it a new feature called Discover Weekly that creates a two hour playlist of music based on your listening habits and those of similar fans every week.

The new feature has been launched today and is slowly appearing in user accounts. The Discover Weekly playlist is available via Spotify’s desktop, web and mobile applications and updated every Monday.

The new Spotify Discover Weekly feature started as an internal hack at Spotify, before then being developed as a full time included feature for users to enjoy. Matthew Ogle who joined Spotify and is a co-founder of Last.fm explained in an interview.

The original vision for Discover Weekly was that we wanted to make something that felt like your best friend making you a mixtape, labelled ‘music you should check out’, every single week.

Each one, especially when combined with other activity on Spotify, captures someone’s deliberate curatorial intent, and teaches us a ton about the relationships between songs.

So we take that universe of music, then look at what you’ve been listening to, giving more prominence to your more recent spins. By combining those two things, we can find the missing songs.

Discover Weekly is humans all the way down; we can only create a truly personalised playlist every Monday morning for 75 million people because we have so many music lovers on the service already, soundtracking their lives in ways we can learn from and build atop. Our algorithms stand on the shoulders of (human) giants.