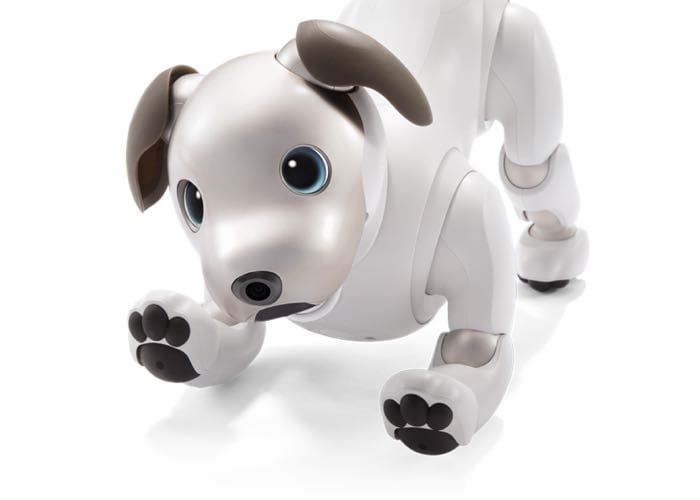 After officially unveiling their new next-generation Aibo robot dog back in November 2017, Sony has been showcasing and demonstrating its capabilities at this year’s CES 2018 technology show. The original Sony Aibo was launched back in the 1990s and has now been resurrected to provide a new generation with a friendly robot companion.

The Sony Aibo robot dog is now equipped with 22 actuators that enable the robot to perform more realistic movements than previous versions. When these are combined with its OLED display eyes, the robot is capable of providing plenty of interactive fun as well as being able to detect family members thanks to the camera embedded into the robot’s nose.

Sony will start shipping the Aibo robot throughout Japan next week where it will be priced at 198,000 yen, or roughly $1,800. Once you have purchased the robot dog, you will also need to take out a monthly subscription for 2,980 yen or $27 or 90,000 yen or $800 upfront for three years worth of support and updates. As soon as more information is announced by Sony regards worldwide availability outside of Japan and pricing, we will keep you up to speed as always.