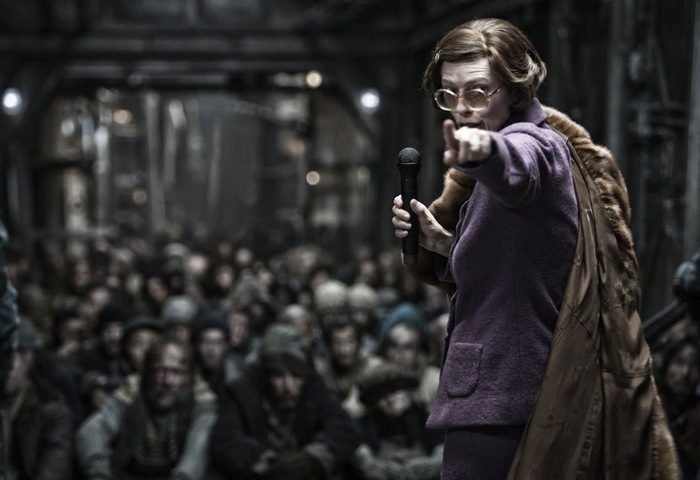 The upcoming Snowpiercer movie launches in the US next month and to set the scene for its arrival a new trailer has been released showing a little more of what you can expect from the futuristic storyline.

The Snowpiercer movie is set on a perpetually powered train that circles the earth and is based on the French graphic novel Le Transperceneige by Jacques Lob, Benjamin Legrand and Jean-Marc Rochette.

“In the near future, an experiment to counteract global warming causes an ice age that kills nearly all life on Earth. The only survivors are the inhabitants of the ‘Snowpiercer’, a massive train, powered by a perpetual-motion engine, that travels on a globe-spanning track. A class system is installed, with the elites inhabiting the front of the train and poor inhabiting the tail.”

Watch the new trailer below to learn more about the futuristic sci-fi adventure story line and what you can expect from this uniquely themed movie.