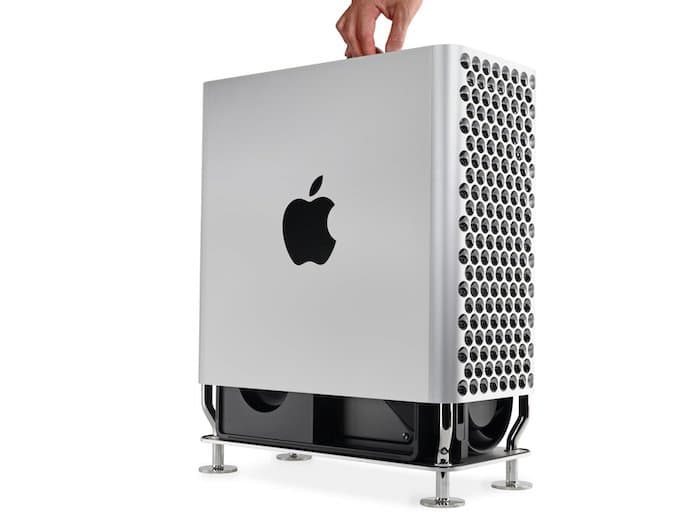 There are rumors of a new smaller Apple Mac Pro which will be smaller than the current model and will come with an Apple Silicon processor.

Apple will be launching a new range of Macs this year and the company is expected to fully switch from Intel to their own Silicon processor this year.

We are expecting Apple to use their M1 Pro and M1 Max Apple Silicon processors in their smaller Mac Pro and they will probably also switch their existing Mac Pro over to the M1 Max and M1 Pro processor as well.

The news of the smaller Apple Mac Pro comes from Bloomberg’s Mark Gurman who also revealed that the full switch from Intel to their own Silicon processors should happen by WWDC 2022 which is expected to take place in June.

We are also expecting to see a new 27 inch iMac and possibly an iMac Pro with the M1 Pro and M1 Max Silicon processors.

Apple is also rumored to be launching a new Mac Mini with an updated design over the current model, this will also be powered by the latest Apple Silicon processors.

2022 looks like it is going to be an exciting year for Apple and their Mac lineup and we are looking forward to finding out more information about exactly what they have planned for their Mac range.