Recently Microsoft announced that it had decided to close down its Windows Live Messenger service in favour of its new Skype acquisition which cost the company $8.5 billion. 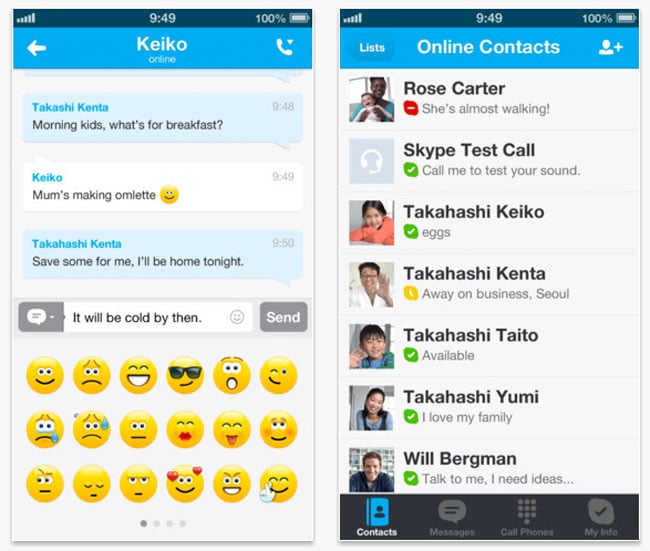 Once you have signed into Skype using your Microsoft account or your information including history and contacts will be synchronised and merged into your Skype account.Together with the ability to edit individual messages by simply tapping and holding down on the message, as well as the addition of emoticons.