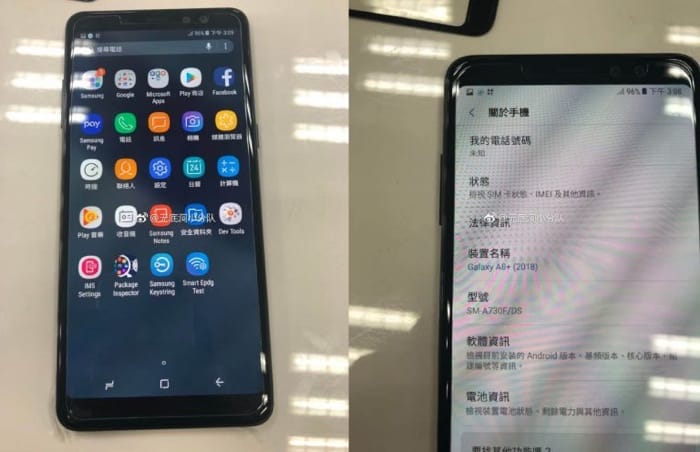 Samsung are expected to launch a number of new smartphones in their Galaxy A range next year, this will include a new Galaxy A5, a Galaxy A7 and now we have details on another device, the Samsung Galaxy A8 Plus.

A picture of the new Samsung Galaxy A8 Plus smartphone has been leaked along with some more details about the handset.

The Samsung Galaxy A8 Plus is rumored to come with a 6 inch Super AMOLED display and t will apparently feature an 18:9 aspect ratio. Those are the only specifications we know about the handset so far.

Previously we heard that the Galaxy A7 include 6GB of RAM and a Samsung Exynos 7885 , so it is possible that the new A8 Plus could use the same processor. As soon as we get some more details about the handset, including a full list of specifications, we will let you guys know.