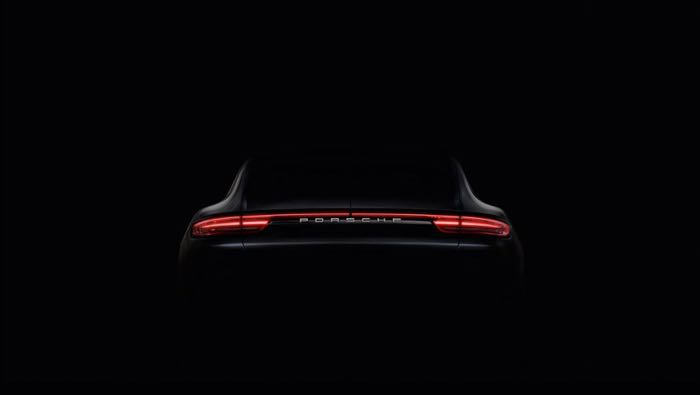 Porsche has been teasing the new Porsche Panamera over the last few weeks, the car will be officially unveiled at a press event next week.

The Porsche Panamera will be made official at a press event next Tuesday the 28th of June atd 8.1- pm CEST and Porsche will live stream the event.

Reconciling contradictions – that’s a tradition at Porsche. It takes courage to do things. Not just keeping to the well-trodden path but reinventing yourself time and again. Just as Porsche did seven years ago.

A segment changed. A success story began. And will now be continued. With the courage of a new generation. New standards will be set. Opposites reunited once again. More than ever. Look forward with us to a new four-door sports car.

You can find out more information about the Porsche Panamera over at Porsche at the link below.  We will have more details when it is made official next week.