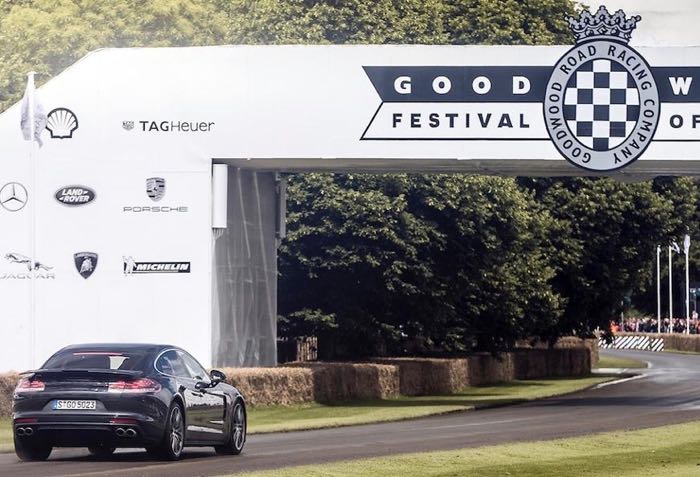 Porsche will make their new Porsche Panamera official at a press conference later today. We now get to have a sneak peak at the car in a new video of it at the Goodwood Festival of Speed.

Patrick Dempsey drove the final prototype of the Porsche Panamera at Goodwood and you can see the car in action below.

The new Panamera will be revealed on Tuesday evening and, fittingly, the final few miles of its development work as a prototype were in the hands of racer, team manager and actor Patrick Dempsey in an environment in which any Porsche thrives – the Goodwood Hill. A 1.16-mile long combination of short straights and challenging corners with a fearsome reputation.

Emerging from the Panamera prototype after his run, Patrick said: ‘I’ve never been here before but I was aware of the Hill’s reputation – to do it in the completely new  Porsche Panamera Turbo added to the pressure and it took a bit of courage but it was a spectacular ride. The car was amazing – it gripped hard off the line and although I took it pretty easy I hope I put on a good show.’

We will have more details on the new Porsche Panamera when it is made official at Porsche’s press event later today.