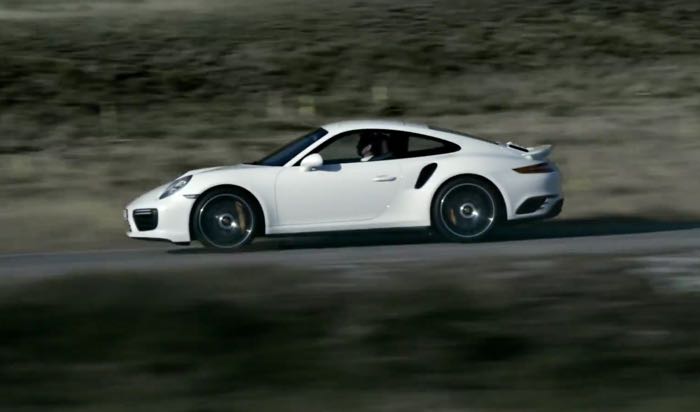 Earlier today we heard about the new Porsche 911 Turbo and the Turbo S and now Porsche has released their first video featuring the car.

In the video below we get to listen to the engine of the new 911 Turbo and also get to see it go for a blast on the road.

The new 911 Turbo comes in both coupe and convertible models, it Turbo has a top speed of 198 miles per hour and it has a 0 to 62 miles per hour time of 3 seconds and comes with 540 horsepower.

Both models feature a 3.8 litre twin turbo charged engine, the Turbo S comes with new turbochargers and larger compressors. Prices for the new Turbo will start at $159,200 for the standard model and $188,100 for the S.