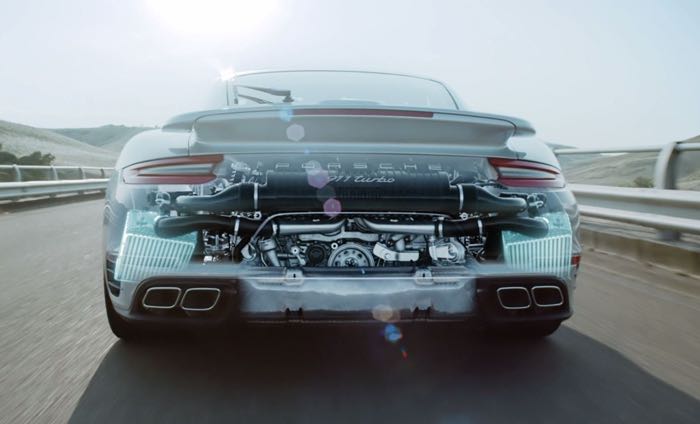 The new Porsche 911 Turbo and Turbo S were made official earlier this month, both cars come with a 3.8 litre bi-turbo engine and now we have a new video showing off the engine.

In the video below Porsche shows off some of the technology behind the new 3.8 litre turbo engine on the new 911 Turbo.

Both models are available in coupe and cabriolet versions, prices start at $159,200 and go up to $200,400 for the convertible Turbo S.

You can find out more details about the latest 911 Turbo range from Porsche over at their official website at the link below.