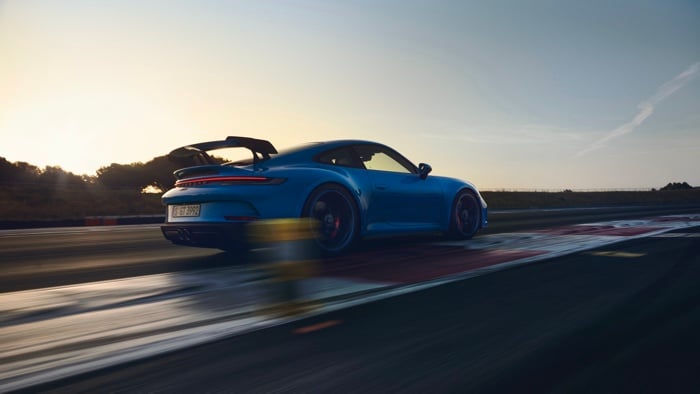 The 992 generation of the Porsche 911 GT3 is now official, the car comes with a 4.0 litre naturally aspirated six cylinder engine and now Porsche has released a promo video of the car.

The double wishbone front axle layout and sophisticated aerodynamics with swan neck rear wing and striking diffuser originate from the successful GT race car 911 RSR and the 375 kW (510 PS; 911 GT3: Fuel consumption combined 13.3 – 12.4 l/100 km, CO2 emissions combined 304 – 283 g/km) four-litre six-cylinder boxer engine is based on the drivetrain of the 911 GT3 R, tried and tested in endurance racing. The acoustically impressive, high-revving engine is also used practically unchanged in the new 911 GT3 Cup. The result is a brilliant driving machine: efficient and emotional, precise and high-performance – perfect for the circuit and superb for everyday use.

You can find out more details about the new Porsche 911 GT3 over at Porsche at the link below, the car looks and sounds awesome from the video.