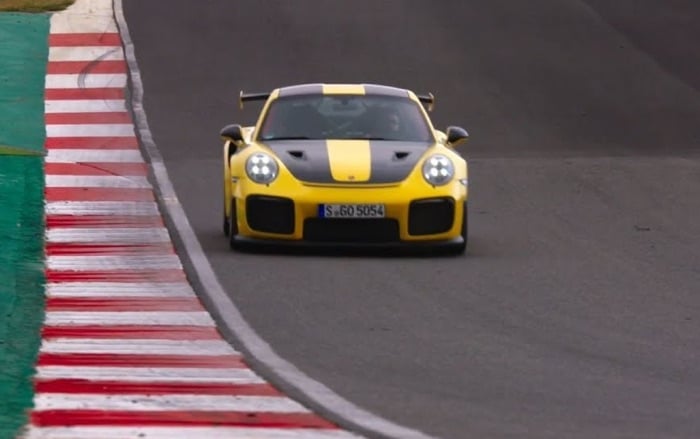 The Porsche 911 GT2 RS is Porsche’s most powerful street legal supercar to date, the car comes with some impressive performance figures. It previously smashed the Nürburgring World Record for the fastest production sports car.

The car is powered by a 3.8 litre twin turbo engine and it comes with 553 lb-ft of torque, it has a top speed of 211 miles per hour.  In the new video below the 911 GT2 RS is driven by some journalists at the Autódromo Internacional do Algarve in Portimão, Portugal.