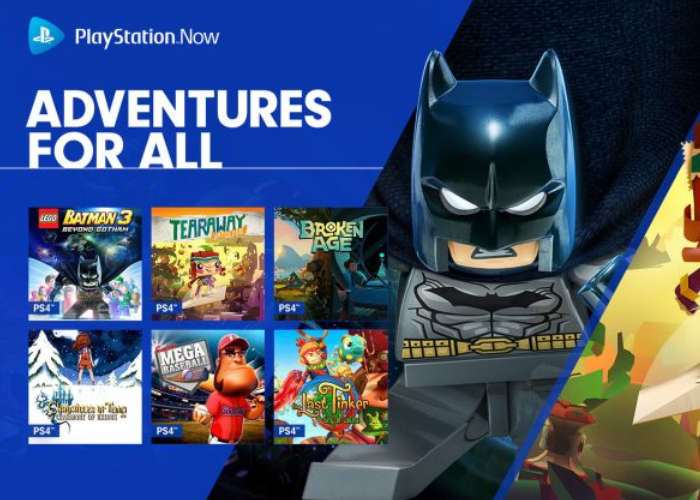 Sony has today announced the arrival of new games to the PlayStation Now subscription service which is available for $100 for 12 months until September 22nd, 2017.

This months additions include LEGO Batman 3: Beyond Gotham, Tearaway Unfolded, Farming Simulator 15 and more.check out the full list below.

Join forces with the super heroes of the DC Comics universe in LEGO Batman 3: Beyond Gotham and blast off to outer space to stop the evil Brainiac from destroying Earth. PS Now supports local co-op play for games in the service (as well as online multiplayer, no PlayStation Plus subscription required), so enjoy LEGO Batman 3: Beyond Gotham, and nine more fun-filled LEGO games in the service including LEGO Star Wars and LEGO Harry Potter.

This month’s titles also includes plenty of indie games, puzzlers, adventure games, and classic favorites, adding to the library of 500+ PS4 and PS3 games playable on PlayStation 4 and Windows PC.

The latest games to be added to the Playstation Now services include :

The most popular games during July 2017 on PlayStation Now were: