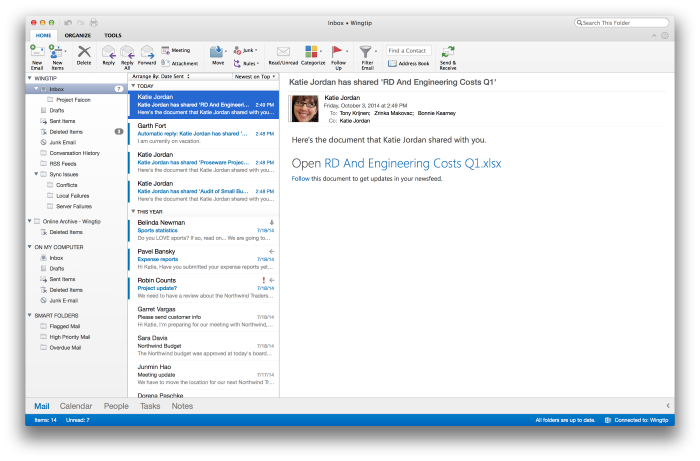 Microsoft has announced the new Outlook for Mac which will come with plethora of new features, improved performance, reliability and more. However, there’s a small catch, its only available for users subscribed to Office 365.

As for the the complete Office for Mac suite, including Word for Mac, Excel for Mac, PowerPoint for Mac and OneNote for Mac, it’s expected to come out in the second half of 2015.

The company mentioned they will released a public beta for Office for Mac in the first half of 2015, followed by the official release in the second half. It’s been a while since Microsoft updated their Office for Mac, the last version is Office for Mac 2011.

As for Outlook for Mac, it comes with several handy features on board, including a new modern UI, improved performance and exchange web services sync, and much more.

Here’s a list of features Outlook for Mac will offer:

Do let us know about your thoughts regarding the new Outlook for Mac if you’ve tried it already.