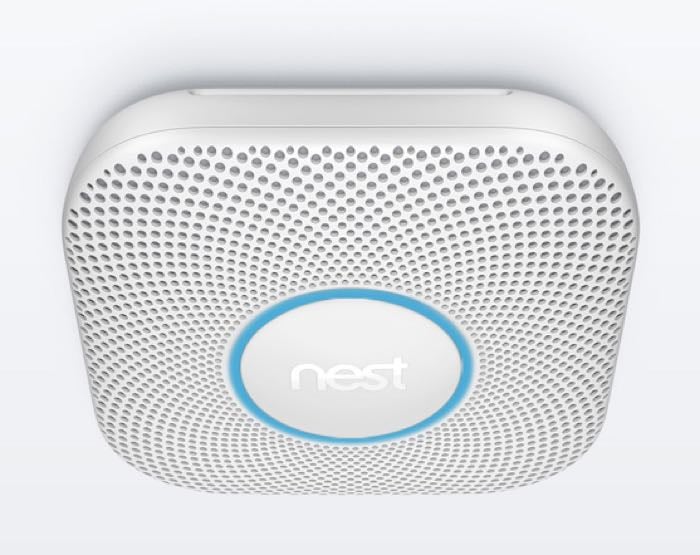 Nest has revealed a new Nest Protect smoke detector and the company’s second generation smoke detector has had a number of upgrades over the previous version.

The new Nest Protect has according to Nest been redesigned inside and out, it comes with new sensors, which are designed for improved smoke detection.

With Nest Protect, fast detection means an earlier Heads-Up: a soft chime and voice to let you know that smoke levels are rising. It’s an early notification you can easily hush. No panic. No noise. Just lower the heat. Open a window. Make breakfast.

Part of that is thanks to a new smoke chamber, designed to help reduce false alarms. All photoelectric smoke alarms are susceptible to dust and bugs and any tiny particles that can get into the smoke sensor over time. So the second generation Nest Protect has a stainless steel screen with tiny hexagonal holes that let smoke in and keep everything else out. We’ve engineered this screen to have improved fluid dynamics and it passed extensive air flow testing.

You can find out more details about the second generation Nest Protect smoke detector over at Nest at the link below.