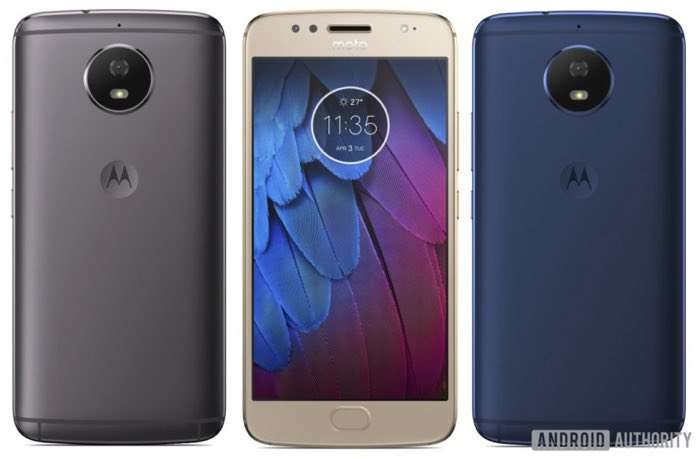 We have already seen some photos of a couple of the new Moto smartphones from Lenovo, these have included the Moto Z2 Force and the Moto E4 and now we have details on the new Moto G5S.

The picture above shows the new Moto G5s, the photo was obtained by the guys over at Android Authority.

As we can see from the photo the Moto G5S will come in three colors, gold, blue and gray and the handset will feature fingerprint sensor on the front and single lens rear camera.

According to the guys over at Android Authority, the Moto G5S will come with a 5.2 inch display with a Full HD resolution of 1920 x 1080 pixels.

There will also be a larger Moto G5S Plus which will come with a 5.5 inch Full HD display, at the moment, those are the only specifications we know on the handset.

As soon as we get some more information on the new Moto G5S smartphone, including a full list of specifications, we will let you guys know.