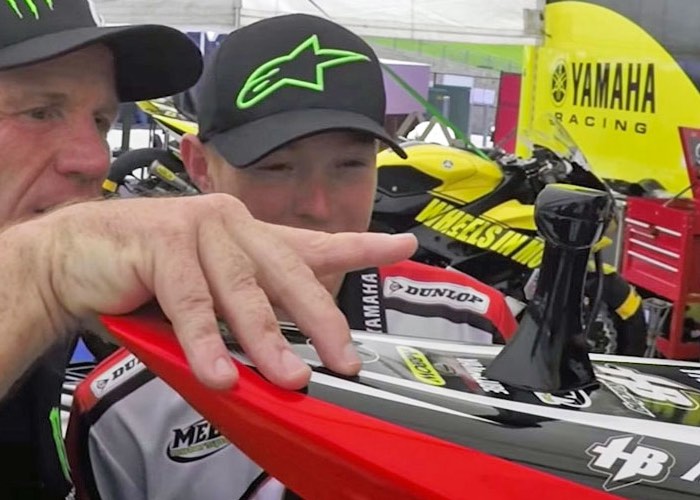 GoPro has unveiled a new virtual reality camera the company has created in the form of a smaller consumer-friendly GoPro VR camera that is currently under development and being tested and takes the form of two lenses back-to-back on a stem.

Check out the promotional video below to see a glimpse at what you can expect from the GoPro VR camera which is being tested as part of GoPro’s deal with the MotoGP racing circuit.

Unfortunately at the present time very few specifications have been unveiled by GoPro for the new mini GoPro virtual reality camera, but as soon as more details, pricing and worldwide availability are released we will keep you up-to-date as always.

Thirty years ago, MotoGP racer Randy Mamola test-piloted the first onboard live camera. Now his son, Dakota Mamola, is carrying on the tradition of pioneering onboard technology and supporting the first-ever GoPro Live VR system while competing on the MotoAmerica circuit. Take a journey with this father and son to experience their relationship on and off the track.

GoPro: A Day in the Life of a Moto Racing Family – Mamolas Pioneer Live 360 VR