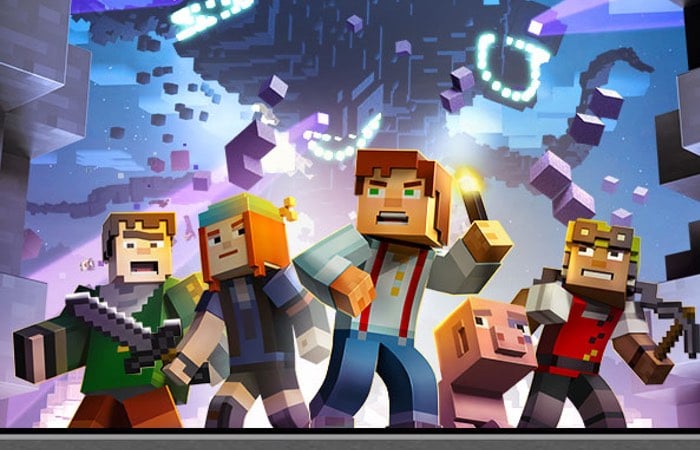 Telltale Games and Mojang have today announced that they will be holding a special world premiere launch event for the upcoming Minecraft Story Mode in Hollywood on October 12th at the ArcLight Cinerama Dome.

For those who have not heard of the Minecraft Story Mode, it takes the form of an adventure game set in a Minecraft world and is a five-part episodic series.

Gamers actions whilst playing decides how the Minecraft story flows and the decisions you make, what you say to people, as well as how you say it, all have effects on the storyline. Telltale explains more :

In Minecraft: Story Mode, playing as either a male or female hero named ‘Jesse,’ you’ll embark on a perilous adventure across the Overworld, through the Nether, to the End, and beyond. You and your friends revere the legendary Order of the Stone: Warrior, Redstone Engineer, Griefer, and Architect; slayers of the Ender Dragon. While at EnderCon in hopes of meeting Gabriel the Warrior, Jesse’s friends discover that something is wrong… something dreadful. Terror is unleashed, and you must set out on a quest to find The Order of the Stone if you are to save your world from oblivion.

For more details on the Minecraft: Story Mode Hollywood viewing jump over to the Telltale Blog via the link below as tickets will be offered in advance on a first come first served basis.