Microsoft has started sending out invitations to its press event taking place on September 23rd 2013, inviting journalists to witness the launch of their new second generation of its Microsoft Surface tablets.

Rumours have been circulating over the past few months that Microsoft is planning to revamped versions of both its Intel-powered Surface Pro slab and the ARM-based version running Windows RT, also changing their Surface RT tablet to the name Surface. 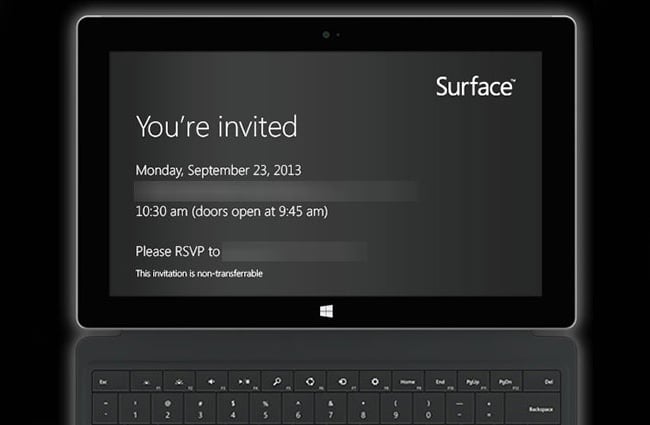 The case design of the second generation of its Microsoft Surface tablets is expected to remain very much the same in style and will not sport a two-position kickstand rather than the original single position one. The new Microsoft Surface tablets as you can expect will be fitted with faster processors and increase RAM as well as a longer battery life rumours suggest.

The new Microsoft Surface tablets will also come supplied running Microsoft’s latest Windows 8.1 operating system which has the week been released to developers and will officially launch on October 18th 2013.