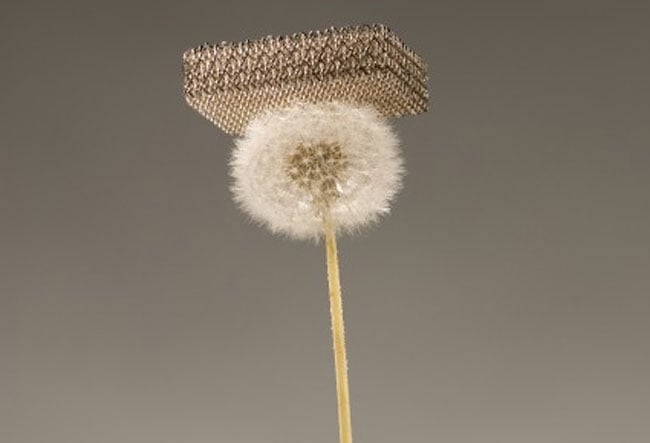 The new material uses weight efficient techniques, just like the Eiffel Tower in Paris, France, using a hierarchical lattice design. As an example the team explains that if the 7,300 tonnes of metal used to construct the Eiffel Tower were melted down the result would fill just six centimeters (2.4 in) of the structure’s 125 m2 (1,345 square ft) base.

As well as its ultra-low density, the team of researchers also explain that micro-lattice architecture of their new material provides it with extraordinarily high energy absorption. Allowing it to completely recover from compression exceeding 50 percent strain.

More information on their fantastic new material can be found over in the research team’s paper, “Ultralight Metallic Microlattices,” that appears in the November 18 issue of Science.