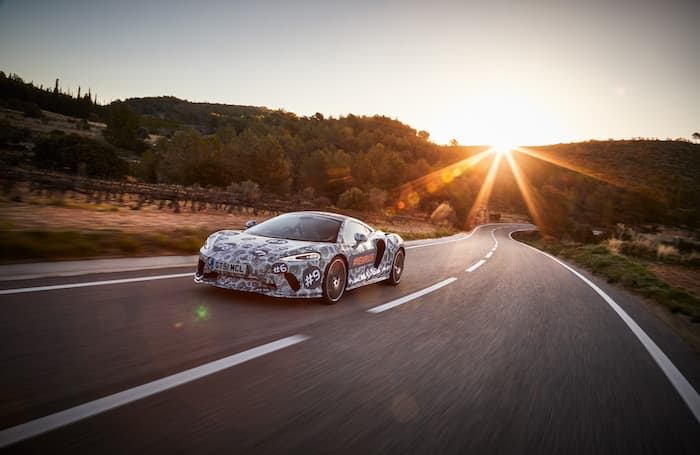 McLaren has released some teaser photos of their new Mclaren Grand Tourer, the car is covered in camouflage but the photos give us an idea of the cars design.

McLaren have said that the car will be fully unveiled in May, the company has not revealed any performance details for their new Gran Tourer as yet. 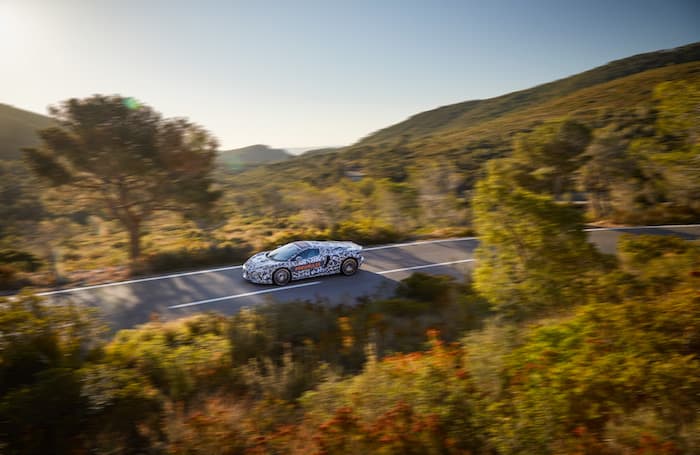 McLaren has removed the shape-changing, additional body panels previously used to hide the form of its imminent, rule-breaking ‘Grand Tourer’. The car’s sleek and boldly elegant design can now be discerned although the lightweight body remains covered by a shrink-wrapped livery that suggests the number of established rules the McLaren of Grand Tourers will break. The company is promising it will begin to peel off this disguise this May.

The application of the shrink-wrap will also enable the Development Team to enter the closing stages of the car’s extensive evaluation programme, which has already encompassed thousands of miles in hot and cold climates across the globe. The ‘Grand Tourer’ has proven its ability to cover long distances in supreme comfort, but always with extra shape-changing and noise-inducing panels applied. Now that these have been removed, the Development Team will run further validation tests, including a 1,000 mile (1,600km) drive from McLaren’s development base near Barcelona, Spain, back to the McLaren Technology Centre in Woking, England. To be completed in one stint with two occupants and a full complement of luggage, this is one of many long-distance drives that will help the team to confirm the new model is both comfortable and refined over the long distances a grand tourer is expected to consume … one rule that McLaren won’t be breaking.

You can find out more information about the new Mclaren Grand Tourer over at McLaren at the link below.