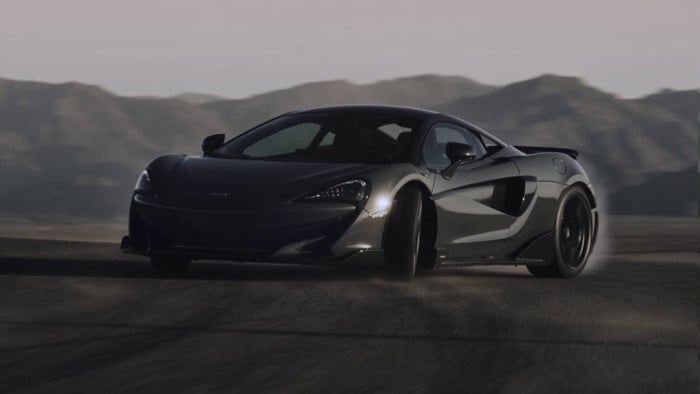 The new McLaren 600LT was made official yesterday and now McLaren has released a video of the car in action.

The McLaren 600LT is only the fourth ‘Longtail’ McLaren in more than two decades. The McLaren F1 GTR ‘Longtail’ that began the lineage was one of the purest race cars in modern motorsport history. The 675LT resurrected the revered name, creating the purest distillation of the sheer driving pleasure embodied by all McLaren cars. Now we are further extending our very special LT family –albeit in limited numbers – and once again showcasing the ethos of optimised aerodynamics, increased power, reduced weight, track-focused dynamics and enhanced driver engagement that are the hallmarks of a McLaren ‘Longtail’.” Mike Flewitt, Chief Executive Officer, McLaren Automotive

Prices for the new McLaren 600LT start at £185,000, you can find out more details over at McLaren at the link below.